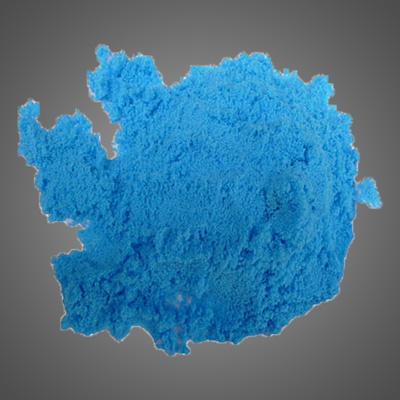 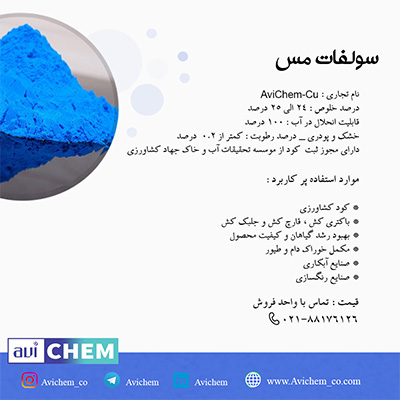 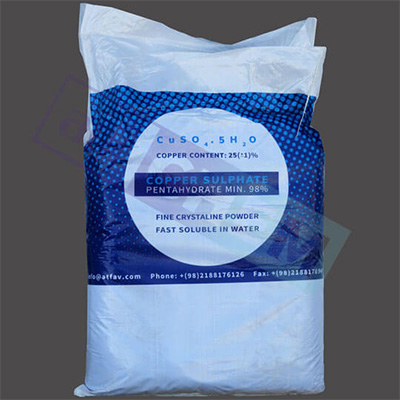 Copper sulfate is known as a blue stone or blue vitriol and is a chemical compound used in a wide range of industries. Copper sulfate contains various hydrated forms, including trihydrate, pentahydrate and heptahydrates. The pentahydrate CuSO4.5H2O the most commonly encountered salt, is a bright blue and known as chalcanthite. The color of this crystal is due to the presence of water in it and is the best way to distinguish between the anhydrous and hydrous forms of this composition.
Copper sulfate can be produced via reacting various copper (II) compounds or copper metal with sulfuric acid. Pentahydrate copper sulfate is easily soluble in water and can be soluble in methanol, glycerol and slightly in ethanol.